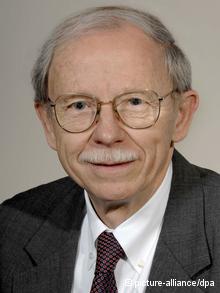 There is a nice, long article about Wolfgang Mieder at Fairytale classics address modern problems:

Fairytales still have the power to inspire. But because of an excessive supply of stories, the same tales are no longer shared, says researcher Wolfgang Mieder, the winner of the 2012 European Fairytale Prize.

They may have been around for a while, but fairytales are far from obsolete. They have inspired a wealth of films, books and series and the market is flooded.

"That actually leads to the fact that everybody reads different stories and we no longer know the same fairytales. The connecting element is lost," said Wolfgang Mieder, a professor of German and folklore at the University of Vermont in the US.

Nevertheless, he's an optimist who is convinced of the survival of the fairytale genre. It is just the way in which fairytales are disseminated and received that concerns him.

Mieder, the winner of the 2012 European Fairytale Prize has been researching the social significance and prevalence of fairytales for over 40 years. As a German-American, he's at home in two cultures and observes, above all, the influence of German fairytales around the world.

"German fairytales still have an enormous significance. There are very few countries in which the classic Brothers Grimm fairytales cannot be found," Mieder said.

Even though age-old stories have been adapted for contemporary times, their core remains intact.

The article, as always, is much longer so you must click through to read it all. I've been a fan of Mieder's work for years and searched high and low in the early days of the internet for my own copy of his Disenchantments. Most of his published works have focused on Proverbs which isn't my own focus but his work is always interesting.
Posted by SurLaLune Fairy Tales at 2:08 PM