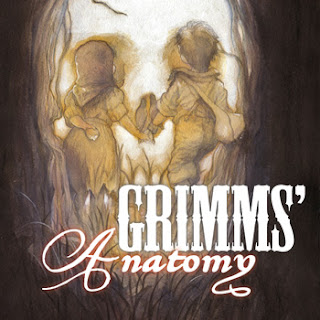 The bodies of fairy tale characters are rarely ordinary. They may be injured through acts of violence, healed or harmed by medicinal potions, or altered by magical transformations. Though many fairy-tale bodies belong to the realm of the marvelous, some have real-world counterparts. In honor of the 200th anniversary of the publication of The Fairy Tales of the Brothers Grimm, this exhibit will present real-world examples of the sometimes gruesome or grotesque fairy tale bodies, along with instruments from and rare illustrated editions of these stories. On view in the Main Museum Gallery. Free with Museum Admission.

It opened September 12th, but I don't have more information than the above. Hopefully the curators, Anna N. Dhody and Linda Lee, will share more with us in a future post! I had the opportunity to hear a little about it when I talked to them at Harvard in February but I admit my brain has buried most of the conversational details deep in my psyche! February feels like years ago, instead of only months. But then again, I don't live in the same place I did then either...
Posted by SurLaLune Fairy Tales at 4:02 AM