is one of the new Calla releases for Fall 2012. It's a great price, too, at 43% off list price. Roughly $20 for a hardcover illustrated book is wonderful these days. 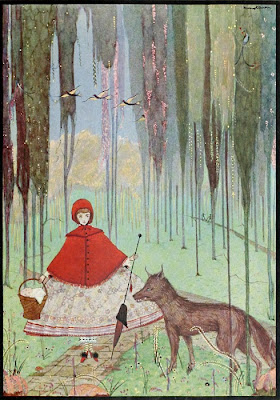 I'm always torn over buying these for my library since I already own so many older editions of these Golden Age fairy tale illustrations. But I like having the facsimiles that are less fragile and more complete. I've had to buy abused editions to afford some of these, often with at least some of the color plate removed. No, the color reproductions in the Calla editions are not exceptional--they pale in comparison to the original editions with their tipped in plates--but the rest is great and it's nice to have them either way. Besides, in this case, I've always preferred Clarke's pen and ink work to his color work.