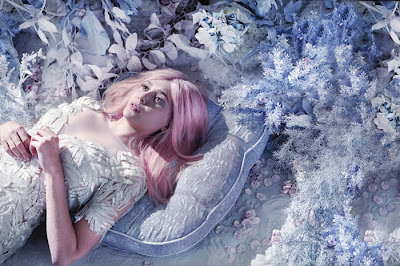 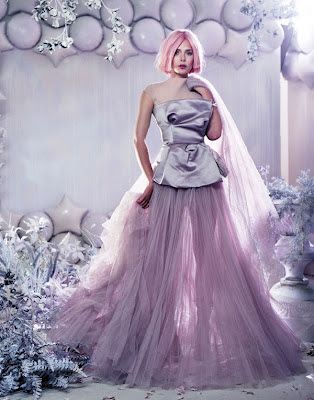 Well now, I always debate posting the make-up posts on here but my Sephora Cinderella post was the most trafficked all week here on the blog. Briefly, the invitation to the special screening went out in emails this past week and probably only to those living in geographic areas of the screenings--Nashville was on the 20+ city list, so I received one. I had points to burn so I ordered passes to see the film, figuring it was a way to refresh my memory of the film while I rev up for Cinderella month here on the blog in October. 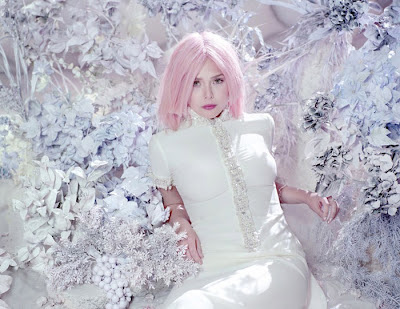 I stumbled across this Elizabeth Olsen for Bullett Magazine spread featured on Tom and Lorenzo's site and thought immediately of The Snow Queen. The fairy tale fashion influence--high fantasy--is prevalent right now. The style of this editorial reminded me of the Sephora Cinderella model images, too. Anyway, here's some pretties to enjoy--the entire spread can be seen at Bullet Magazine.

But, really, don't you see Elizabeth as a modern Gerda here? We're just missing an image of her with a reindeer. 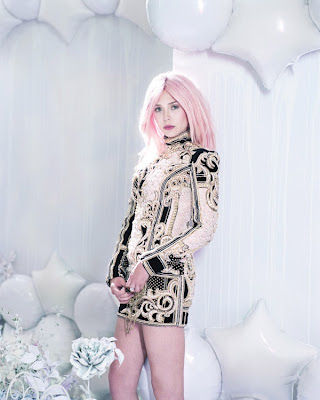 Posted by SurLaLune Fairy Tales at 3:59 AM