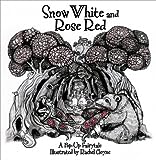 illustrated by Rachel Coyne was set for a June 2012 release in the UK and August in the US but it appears to have either already sold out or not been published at this point. I haven't learned which is the real answer--Tango Books, the publisher, tends to have smaller print runs so it could be the latter. But the page for the book on their site also states: "Publication of this book is timed to coincide with the release of two Snow White and Rose Red movies." Well, unless I missed something, I think they were thinking about the Snow White films released this year. I don't know of a recent Snow White and Rose Red film, do you?

Either way, Rachel Cloyne's artwork should not be missed and I found most of the following images for the book on one of her portfolio sites. There is also a recent YouTube video of the book from the publisher but the embedding has been disabled. (Grumble, grumble, grumble--makes it much harder to promote a book if I can't embed! Stats prove you get more views with embedding than requiring readers like you to click through and watch.) 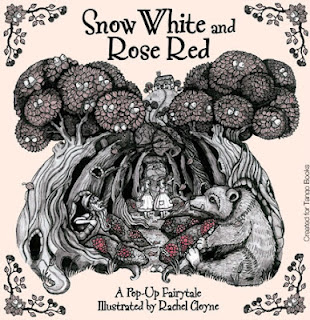 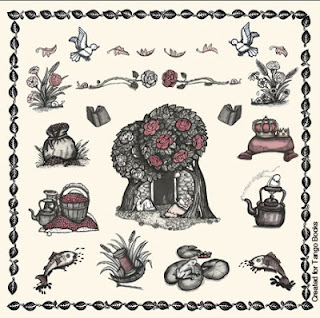 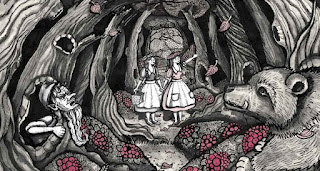 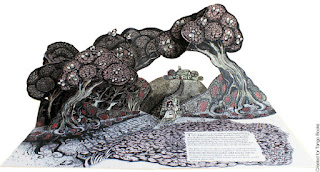 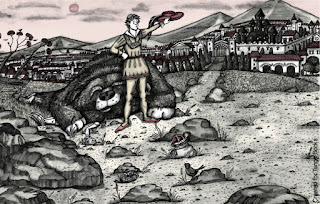 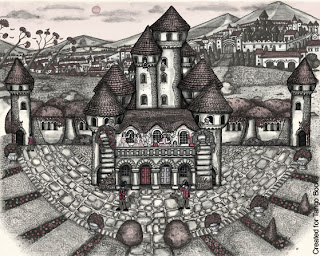 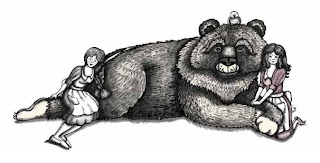 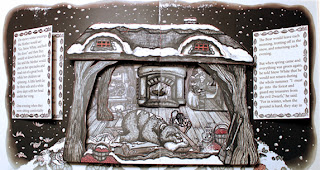