by David Calcutt (Author), Grahame Baker-Smith (Illustrator) is a new book and just what I like in a Robin Hood book, beautiful illustrations. I love it now and would have adored it as a kid. I haven't read it, just seen the illustrations, but that's enough to add it to my wishlist. There's not been enough Robin Hood for kids in recent years in my opinion especially considering the success of BBC's Robin Hood and Merlin series. I prefer the Merlin series but prefer the Robin Hood legend. 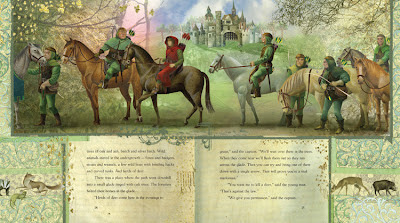 The champion of the destitute and downtrodden rides again. Meet young Robin Hood before he becomes the hero of Sherwood Forest, and follow along with his band of merry men as his adventures become the stuff of legend. This lavishly illustrated picture book makes a wonderful gift title and features nine tales including: Robin Becomes an Outlaw, Robin Meets Little John, Robin and the Widow, and Robin's Last Battle. 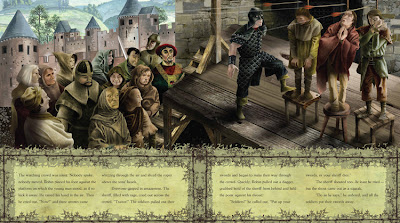 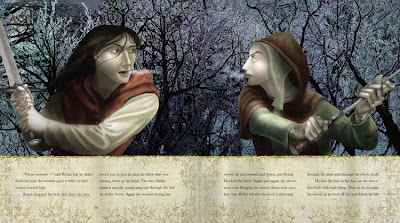