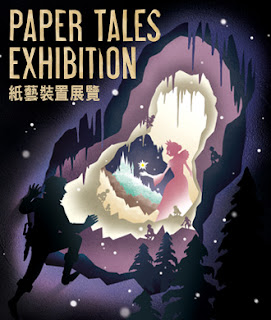 Here's an exhibit devoted to HCA's Snow Queen (here called Snow Goddess) in Hong Kong the past month. It is still showing until January 20th.

Paper Tales flaunts mastery, originality and the divergent adaptability of paper. Artists let their imagination run wild to conceive idiosyncratic installation works, demonstrating complex paper-cutting and book-carving of great finesse. Visitors will see a medley of arresting paper art forms that is not limited to fine cutting and folding. An eccentric and spellbinding art anatomy is showcased, complemented by ambient music composed by Nick Harvey and special lighting effects by Wong Chiyung.

The tunnel finally opens up to a mysterious icy world. In a secluded setting, the Snow Goddess’s Crystal Palace produced by SumSum Tse emerges as the centrepiece of the exhibition. Visitors will be greeted by the mystical Snow Goddess in an animated projection casted above the Palace.

The images below came from an article at How to enjoy Christmas in Hong Kong while the poster came from the event site. 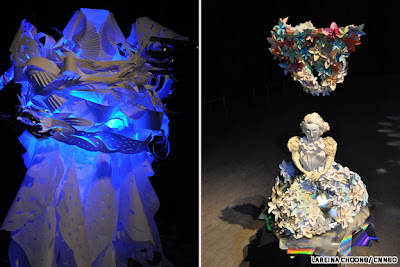 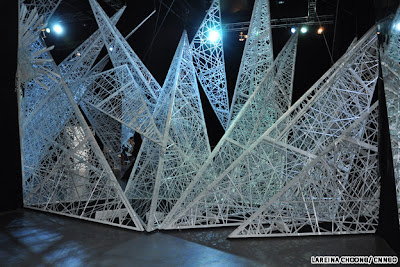 Pauline Yau makes fragile paper look menacing in her work "The Ice Tunnel."
Posted by SurLaLune Fairy Tales at 9:32 AM