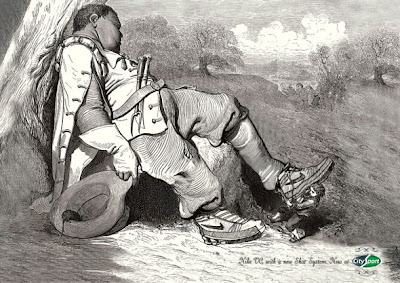 Via Ads of the World. Now this is one I can't imagine ever being used in the US. But in France where Dore's work is better known to the public? Okay. The original image, by the way, is "Hop O' My Thumb Succeeds in Pulling off One of the Giant Ogre's Seven League Boots" by Gustave Doré.
Posted by SurLaLune Fairy Tales at 5:00 AM