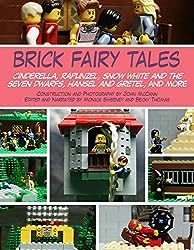 by John McCann (Author), Monica Sweeney (Author), Becky Thomas (Author) has finally been released in both ebook and paperback (there was a difference in release dates).

I've been waiting for some images from this book for several months--since I saw it was to be published--to appear somewhere on the web. The Kindle edition has a look inside feature now available, so I have some screen captures from the Kindle edition's Cinderella. I'm not sure how the layout appears in the paper edition.

From previewing the book, this is one of the most thoroughly illustrated fairy tale collection outside of a graphic novel/comic book. Cinderella is broken down into many small scenes, such as picture below. I can see this being a hit with Lego fans, of which I have several in my family and circle of friends. I was also happy that the Cinderella they used is the German with our heroine visiting her mother's grave for consolation instead of awaiting a fairy godmother.

Enter the magical world of fairy tales retold through LEGO bricks! Filled with creative and whimsical settings built from this universally celebrated toy, this book presents an all-new retelling of the original Grimm’s fairy tales of Cinderella, Rapunzel, Snow White and the Seven Dwarfs, Hansel and Gretel, and more! With one thousand color photographs, this inspired adaptation uses intricately designed brick sets to present some of the most cherished and widely told stories of all time.

Watch the clock strike twelve as Cinderella leaves her glass slipper behind at the ball, and see just how long brick Rapunzel’s hair can grow as she waits in her tower. Watch the seven dwarfs plot against the evil Queen and her brick looking glass, and try to find your way home with Hansel’s path of brick breadcrumbs.

This imaginative take on these age-old fairy tales maintains the authentic text of the Grimm classics but shines a creative new light with fun brick construction! Fairy tales in brick will be a welcome addition to your picture book collection


And now for some images: 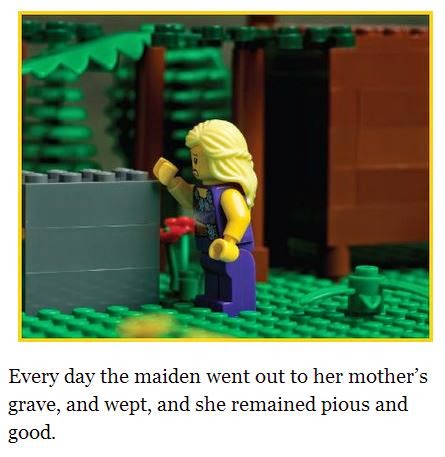 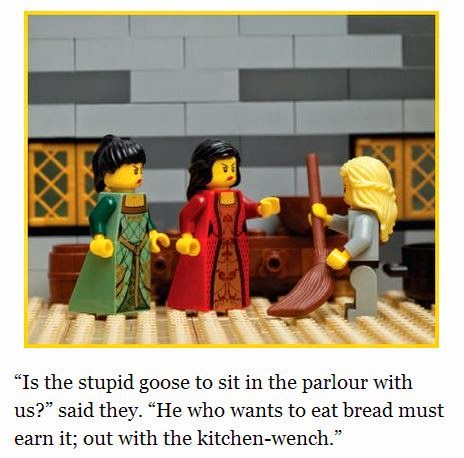 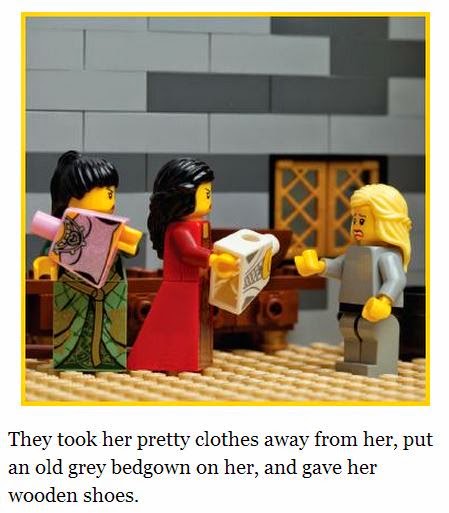 Posted by SurLaLune Fairy Tales at 10:29 AM