Bargain Ebook, Today Only: The Real Boy by Anne Ursu for $1.99 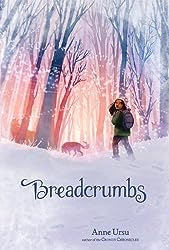 by Anne Ursu is on sale TODAY ONLY for $1.99 in ebook format. It is usually in the $6 price range and was released last September, so this is it's first major price drop.

This is Ursu's book that followed her successful Breadcrumbs

The Real Boy, Anne Ursu’s follow-up to her widely acclaimed and beloved middle-grade fantasy Breadcrumbs, is an unforgettable story of magic, faith, and friendship.

On an island on the edge of an immense sea there is a city, a forest, and a boy named Oscar. Oscar is a shop boy for the most powerful magician in the village, and spends his days in a small room in the dark cellar of his master’s shop grinding herbs and dreaming of the wizards who once lived on the island generations ago. Oscar’s world is small, but he likes it that way. The real world is vast, strange, and unpredictable. And Oscar does not quite fit in it.

But now that world is changing. Children in the city are falling ill, and something sinister lurks in the forest. Oscar has long been content to stay in his small room in the cellar, comforted in the knowledge that the magic that flows from the forest will keep his island safe. Now, even magic may not be enough to save it.

Posted by SurLaLune Fairy Tales at 7:09 AM