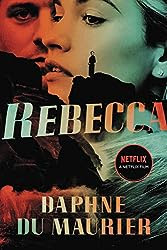 by Daphne du Maurier has just dropped in price from $9.99 to $2.99, a definite bargain price for an ebook.

This book, a classic, has definite Bluebeard themes and is often studied in conjunction with Jane Eyre, another Bluebeardesque novel. I adored the book as a teen and have had amazingly different personal reactions to it as I have reread it over the 42 years of my life. Few novels have varied so vastly in my reactions over multiple rereadings as this one has. Nowadays, I am mostly disturbed by it on many levels, arguably what du Maurier intended in the first place.

Either way, it should not be missed. And it also bears rereading. And if you've seen the classic Hitchcock movie, also Rebecca

, you haven't read the book. The crux of the novel was changed for the film and removes so much of the novel's power although it is a fine movie all the same, but the bite is lessened considerably. 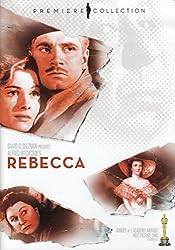 "Daphne du Maurier created a scale by which modern women can measure their feelings." --Stephen King

Last night I dreamt I went to Manderley again . . .

The novel begins in Monte Carlo, where our heroine is swept off her feet by the dashing widower Maxim de Winter and his sudden proposal of marriage. Orphaned and working as a lady's maid, she can barely believe her luck. It is only when they arrive at his massive country estate that she realizes how large a shadow his late wife will cast over their lives--presenting her with a lingering evil that threatens to destroy their marriage from beyond the grave.

First published in 1938, this classic gothic novel is such a compelling read that it won the Anthony Award for Best Novel of the Century.

, are also discounted right now from $9.99 to $2.99. So three novels for less than the price of one. These are two other strong novels and I remember hunting and hunting for them years ago and paying much more than this to read them. This is why I love ebooks now. Nothing has to be out of print and unattainable.