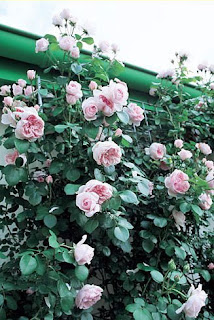 Happy Valentine's Day to all you wonderful readers. I admit that my husband and I don't do much to honor the holiday in the way it is promoted. Our special romantic day comes a week a later with the anniversary of our first date. So I tend to use Valentine's Day to celebrate all types of love with little emphasis on the romantic.
Still, when one thinks of the commercial aspect of the holiday, chocolate and roses are de rigeur for many. So I decided to give all of you Cinderella Roses today, at least digitally. They won't wilt. They won't need to be thrown out in a week either.
It is probably no surprise that there are many flowers named for Cinderella. I am most familiar with the roses so went hunting for images of them today. These images came from Rosesuk.com which sells the roses to the British Rose Group exclusively. 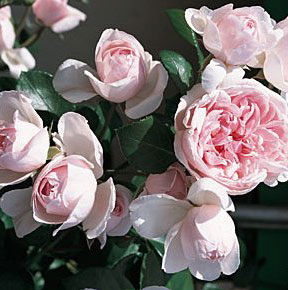 One of my favorite jewelry lines is Silver Seasons by Michael Michaud. One of his earlier creations for the line, now long retired, was a necklace of Cinderella roses. I ordered it several years ago, but alas, I really didn't like it in person (unlike most of his creations which I adore, especially the fruit ones and some of the other florals) and sent it back. So I don't own Cinderella roses in any form, but I like these pictures well enough and they aren't cluttering my jewelry drawer. Here's an image of that Cinderella rose necklace which came in two colors, pink or yellow. 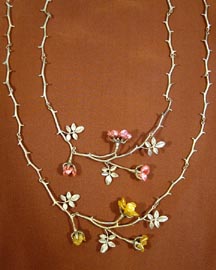 Posted by SurLaLune Fairy Tales at 8:12 AM