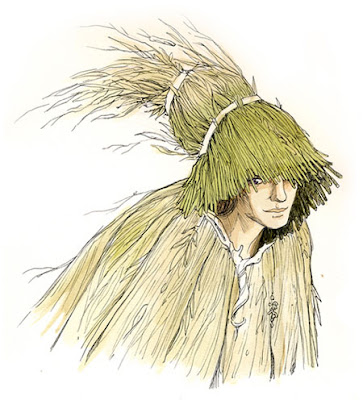 It is so rare to find illustrations for Cap o Rushes, one of my favorite Cinderella variants, especially in the U.S., that I was thrilled to find this collection by illustrator Ben Hatke on a message board on a completely random side twist to a web search last week. No, these are not from a book and Hatke doesn't describe the circumstances of the project. These have been floating around the web since at least 2007, often with no artist attribution so I wanted to share them here. Hatke has a fascinating blog, too, which documents his new book release, totally unrelated to fairy tales, but hopefully helping at artist make a living, so I want to flog it here, too. It's Zita the Spacegirl, a graphic novel, and one I have to admit hits some of my non-fairy tale related buttons. Hee, the story starts when Zita pushes a big red button, too. Wish it had been around when I was kid.* 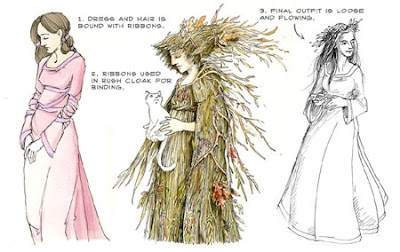 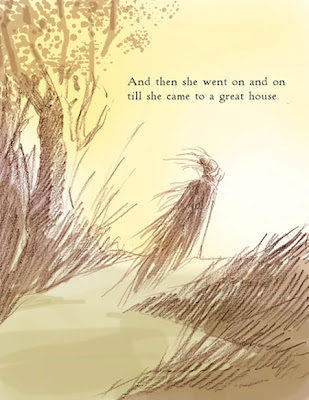 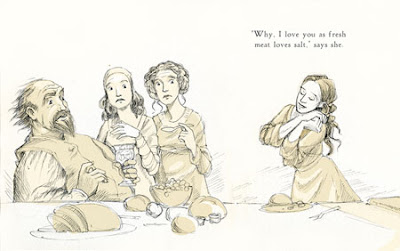 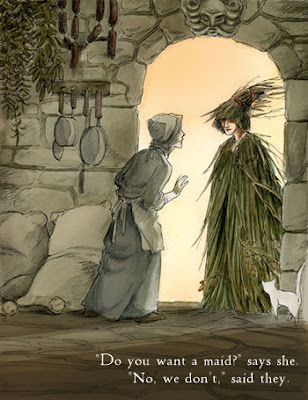 This last one was a concept piece that he didn't include with the final project: 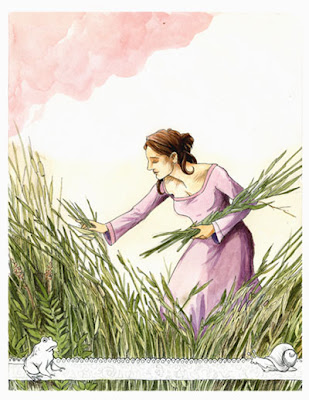 And here's Zita the Spacegirl again. It's been well-reviewed by the usual review sources such as Booklist and School Library Journal. It also has a character named Piper, somewhat inspired by the Pied Piper, so we have a slight folklore influence to merit its inclusion here, too.

And a video for the book:

Zita the Spacegirl: Trailer from Ben Hatke on Vimeo.

* Seriously, I had a hidden stash of Batman comics that I had traded off the neighborhood boys probably with Mork & Mindy trading cards or something. It wasn't because I was forbidden them. My parents wouldn't have cared. In fact, my mom helped me buy a large oversized Batman comic that was more kid friendly several months later. It was more that I thought they were for boys and I was somehow strange to prefer them to Barbies and such. I was six or seven and it took a few more years to discover Nancy Drew who finally gave me a literary heroine outlet that wasn't related to the rarely seen Wonder Woman or Charlie's Angels on tv who I realized were oversexualized even if I didn't understand that term or its full import yet. Thus Sabrina was my favorite Angel. My parents were pretty strict about the tv viewing at that age, more about the quantity as well as some of the quality. In other words, at age seven I probably would have worn out a copy of Zita the Spacegirl. There are many more options today, but I would have loved this one all the same.
Posted by SurLaLune Fairy Tales at 5:00 AM