Fables Will Be a Video Game 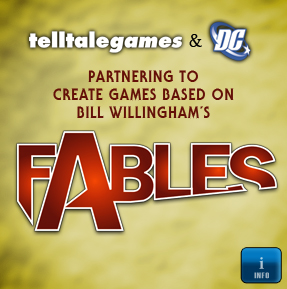 There's not much on the game company's site yet, but here's more info from Telltale Signs That Videogames Will Be Downloaded, Not Sold at Retail by Tricia Duryee:

But a small San Rafael, Calif.-based videogame company thinks it has the winning formula as the business moves to digital.

Telltale’s games are written as a narrative or a cinematic adventure and are divided into five separate episodes. Players download a new one every four weeks for a six-month period. A season pass for a game, including all episodes, costs roughly $35.


Telltale then repeats the process and sells the games across a combination of consoles, mobile devices, tablets, PCs and Macs.

Posted by SurLaLune Fairy Tales at 4:58 AM