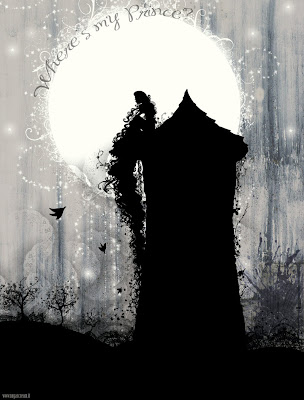 Rapunzel on the Tower by sugarcream
Here is the final of your Rapunzel Love and Hate thoughts, part VIII. by Rachel M.

"Rapunzel" has long been my favorite fairy tale, specifically because I relate to it more than others for a number of reasons. Here are three:


1 – She's not a princess. She's an ordinary girl who happens to get caught up in something, well, very odd, and becomes a princess after her trials are over. So unlike Sleeping Beauty or Snow White, for example, she earns her status rather than being born into it. Because she acquires her princesshood, and there are some good qualities in the “fairy tale princess” archetype - like kindness, grace, optimism, etc. - she makes those qualities seem a bit more attainable by anyone.


2 – She'd be messed up. Being locked alone in a tower, completely sheltered for her whole life, would create really interesting psychological problems. Horrible ones, yes, but interesting. So not only is she a normal girl, but she'd be very messed up as a result of her upbringing and her escape. This also makes her a more real character to me.


3 – She chooses to escape through love. No, she doesn't chop off her own hair and climb down of her own volition. But in choosing to get involved with the first man she meets she sets her fate into motion, since she knows how her Mother would react if she found them out. This seems very different from stories like Sleeping Beauty, for example, where everything is done to the heroine, not done by. So even though Rapunzel's actions are sort of passive-aggressive, I'm still comparatively impressed by her.


Also, I'm a sucker for “love conquers all” situations. Her belief in love frees her and dooms her at first, as she is cast from the tower and has to wander the wilderness alone. But she keeps believing in it, especially as she cares for her children – a living symbol of that love – and in the end love saves her as she finds her prince and heals him.

by Rachel M.
Posted by SurLaLune Fairy Tales at 4:00 PM