Library of the Early Mind 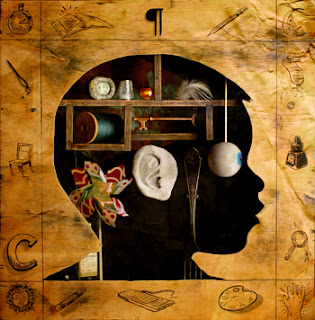 I missed the Friday events at the Southern Festival of Books due to my illness, but my sweet husband escorted me yesterday, facilitating my visits to several sessions so I am happy despite a few disappointments. My priorities yesterday were seeing Jon Scieszka (True Story of the Three Little Pigs

), and Michael Buckley (Sisters Grimm).  I also wanted to see the preview screening of "Library of the Early Mind." I got to do it all. I only missed Sara Lewis Holmes (Letters from Rapunzel

) because my body was protesting my first jaunt in over a week so it was time to return home.

All of the authors were talking about their latest projects, so fairy tales were not the topic for the day in any of the sessions, those I saw and those I missed, but obviously children's literature was at the forefront which is my other passion.

A tidbit from Buckley's panel is that the next and ninth Sisters Grimm book will be the last one in the series.

Most of all, I want to endorse Library of the Early Mind.  It offers a full fest of children's authors and illustrators, funny and poignant, and I didn't get to see it all.  The full premiere is in a few weeks at Harvard University on October 19. You can keep track of other screenings and news at the film's official site.

After the preview, Scieszka and Williems joined a panel with moderator Ann Neely and the film's producer, Edward J. Delaney.  The hot topic at first was the New York Times article from this week stating that picture books are dying or dead or whatever: Picture Books No Longer a Staple for Children.  (Oh, journalists, there is a reason I didn't join your ranks!) After that one was thrown around a bit--the consensus is that they aren't dying, just suffering a bit perhaps, at least for a time--the panel was thrown wide open with much hilarity from Scieszka and Willems.

Here's a trailer for the film. You can hear a snippet from Daniel Handler (aka Lemony Snicket) talking about fairy tales at about the 55 second mark.

edited to add: Maria Tatar posted about the NYT times article today too.
Posted by SurLaLune Fairy Tales at 10:36 AM