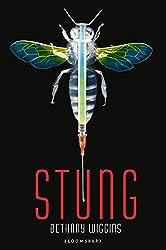 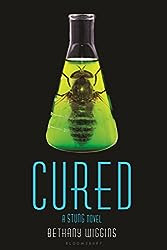 by Bethany Wiggins is part of the April Monthly Ebook Deals. It is on sale for $1.99, its lowest price ever--I bought it a year ago when it was temporarily $2.99. It was marketed as a Beauty and the Beast themed novel, with some Sleeping Beauty elements, too, but I haven't read it yet. Last summer when I bought it was rather hectic and I forgot I owned it! That cover is hard to forget though.

, was released last month but is not bargain priced. It also appears the fairy tale themes are not as strong in the sequel. Definitely recommended for fans of post-apocalyptic novels, though.

Fiona doesn't remember going to sleep. But when she opens her eyes, she discovers her entire world has been altered-her house is abandoned and broken, and the entire neighborhood is barren and dead. Even stranger is the tattoo on her right wrist-a black oval with five marks on either side-that she doesn't remember getting but somehow knows she must cover at any cost. And she's right. When the honeybee population collapsed, a worldwide pandemic occurred and the government tried to bio-engineer a cure. Only the solution was deadlier than the original problem-the vaccination turned people into ferocious, deadly beasts who were branded as a warning to un-vaccinated survivors. Key people needed to rebuild society are protected from disease and beasts inside a fortress-like wall. But Fiona has awakened branded, alone-and on the wrong side of the wall . . .