I haven't done a tab clearing in a while and this one is mostly tabs from April. How is 2013 going by so quickly? Anyway, in case you missed these:

Read an interview: New Voice: Liesl Shurtliff on Rump: The True Story of Rumpelstiltskin By Cynthia Leitich Smith for Cynsations:

But at the end of the day, I think what I really love about fantasy is the connections between the fantasy and the real world. It isn’t really the strange and different things that make fantasy so wonderful. It’s the way those strange and different things are similar to the ordinary. They give a lens for us to view our everyday lives in a different way, and hopefully come away transformed. 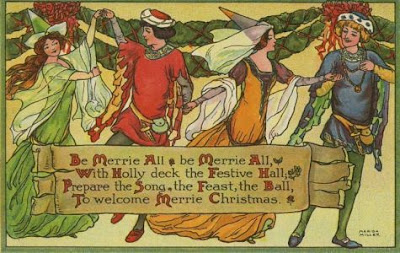 What I Mean by "Merrie England" at Spinning Straw into Gold:

A lot has been said about why fairy tales take place "once upon a time."

The consensus, at least as I have seen it, is that the vagueness allows the fairy tale to take place at all times and any time, making it accessible to all people throughout the ages.

It also shows that the "once" and the "time" of the story are parallel places and times, a fantasy world where we are asked to suspend our disbelief and play along with the magical, absurd, and pure evil things that can and do happen. 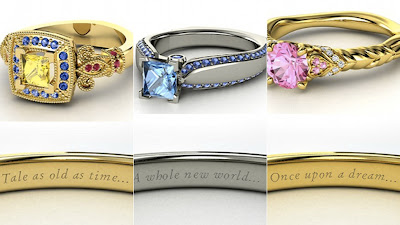 But before I sign off, I do want to pose the question of why fairy tale wedding dresses and jewels are so popular. What is it about the pervasiveness of princess culture that these items exist for grown women to purchase? As someone who was never wildly into Disney princesses, I'll admit that I have no personal connection with this. Is it because it evokes childhood happiness? Is it because in spite of our progressive times, many women still subconsciously want to be beautiful princesses who are revered for their exquisiteness, because that's what we're so often taught in mainstream children's media?

April 14, 1961: Robert Carlyle is born. Bookshelves of Doom celebrated it by highlighting A Curse Dark As Gold

Anyway, in honor of his birthday, I'm pointing you back to my old post about Elizabeth C. Bunce's A Curse as Dark as Gold, winner of the 2009 Morris Award:

Curse has loads of atmosphere and the story feels familiar but, at the same time, new and different and surprising. Elizabeth C. Bunce's spin on protective circles was simple and just (I can't believe I'm about to say this, but here goes) lovely, and her Author's Note provides not only suggestions for further exploration but also her issues with the original story.

Interview with Mette Ivie Harrison of THE ROSE THRONE at The Enchanted Ink Pot:

I don’t know that I would really wish to change any part of my career, but one of the most important lessons I have learned along the way is to write the books that you think will never sell. For one thing, it’s really hard to know what will sell or won’t sell, but for another, constantly chasing sales numbers can make you artistically bankrupt. I really like to toy with weird ideas that no one else would dare try, and I love to break rules.