Trina Schart Hyman was one of the illustrators featured in the Fairy Tale Art: Illustrations from Children's Books exhibit. You can read more about her on Wikipedia at Trina Schart Hyman and at Women Children's Book Illustrators.
Hyman died in 2004--it doesn't seem that long ago--too early from breast cancer. Alas, many of her books are going out of print as a result. Her Caldecott honors are staying strong however. Most of the displayed artwork was close to print size and ready for typesetting, very demonstrative of her careful skill and measurements as well as the era the books were produced. The images below are the originals that appeared on the walls of the exhibit, mostly watercolors on boards. Beautiful with a style all her own obviously influenced by many Golden Age illustrators, especially Arthur Rackham, Edmund Dulac, Charles Robinson, N. C. Wyeth, Howard Pyle, and Jessie Willcox Smith. I was thrilled to see the original work for books I've owned for many years. They should be clickable to see slightly larger than how they appear below. 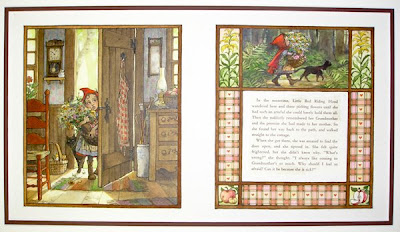 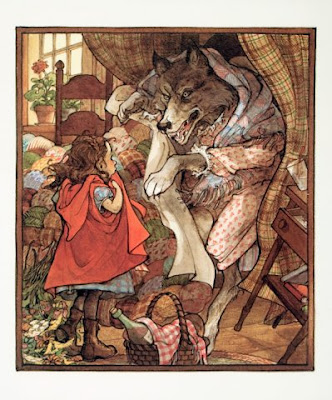 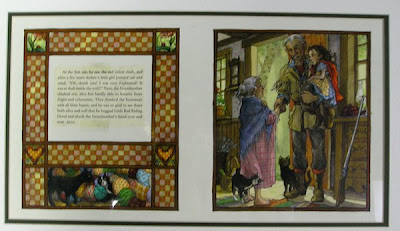 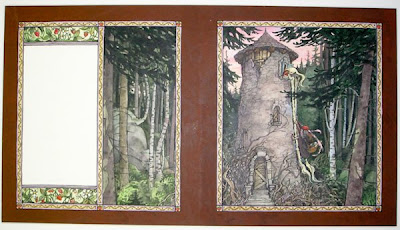 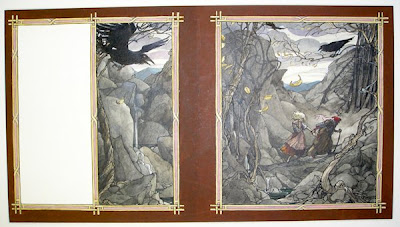 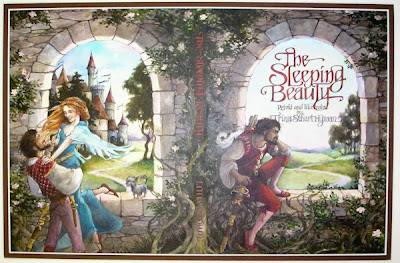 From Saint George and the Dragon

The books featured were:

Other personal favorites of Hyman's fairy tale work not featured here are:

The noncover images are property of the exhibition website.
Posted by SurLaLune Fairy Tales at 5:01 AM