With the fall/winter tv seasons behind us, we can now look at the final rankings for our two fairy tale inspired series this past year. Deadline published the Full 2011-2012 TV Season Series Rankings which shows that Once Upon a Time came in 16th overall of all network shows while Grimm came in at 81. There's more data on the site, of course, but OUAT ended up one of four freshman shows in the top 20. . 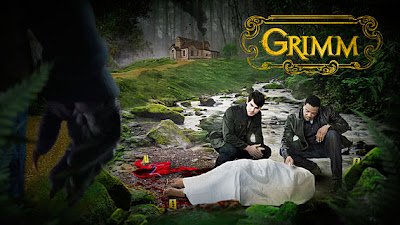 Then if you page down to look at Grimm, you will see that the shows that shared its similar ranking on other networks overall were canceled or on the bubble of nearly so. So if it had been on any other network, it may have suffered the same fate but NBC didn't have a good showing overall beyond football and The Voice so the Grimm will stay with us for a while longer at least.

Grimm, along with OUAT, is available for preorder on DVD and Blu Ray, too.
Posted by SurLaLune Fairy Tales at 4:00 AM