was released a few years ago and is already out of print, but I've not shared it here in my memory so here it is! This was part of a series but only one outright fairy tale was interpreted. Although it wasn't 2012, Snow White was the tale of choice to go along with Peter Pan, Robin Hood and others. The following are some images from David Petersen who did the cover art and a few of the interior images (found on his website) and one page representing the interior work by Shelli Paroline.

And, yes, let me tell you, I think we can find some deep psychological and sociological meanings to Miss Piggy playing both the evil queen and Snow White. What do you think? 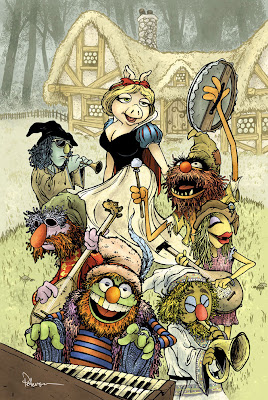 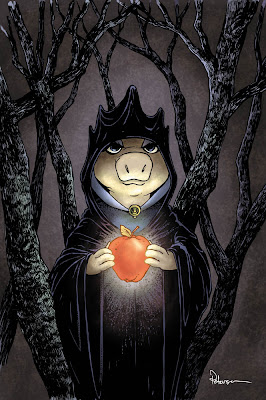 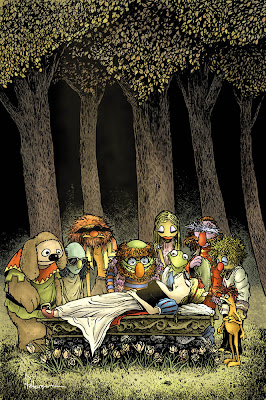 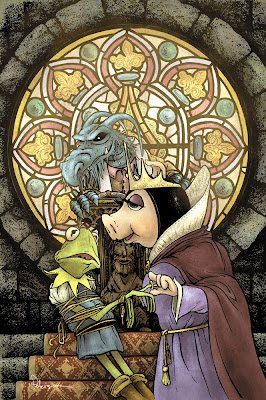 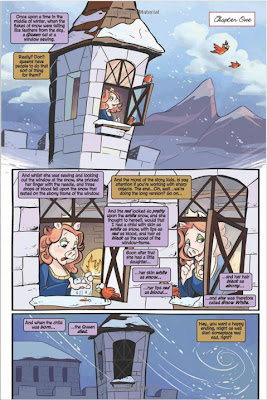