Another Film: Snow White: A Deadly Summer in 2012 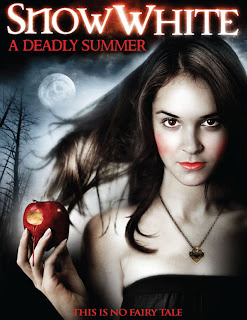 This hit the media today--at the least the media that covers horror films--so I'm not linking to a specific source since they all used the same press release.

This is set to be a straight to DVD release next year starring Shanley Caswell, Eric Roberts (The Dark Knight, The Expendables), and Maureen McCormick ("The Brady Bunch"). And if that's the Eric Roberts, brother to Julia Roberts, that's even funny. Now Emma Roberts has to get herself a Snow White film, too. (If it's not the same Eric Roberts--I'm too lazy to check, oh well.)

A modern retelling of a timeless tale. Snow is abducted at the order of her wicked stepmother and taken to an isolated wooded discipline camp, run by a ruthless hunter. When each of her fellow seven campers begin dying off one by one, Snow must uncover the dark and twisted secret of the forest before she becomes the next victim.