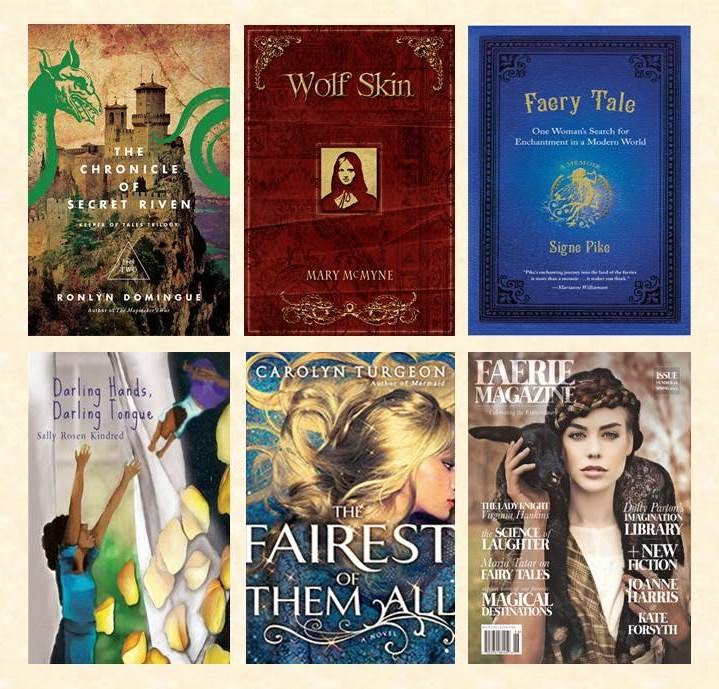 One lucky winner will receive these six autographed, collectible, fairy-tale-inspired books in Mary McMyne's Fairy Tale Book Giveaway. McMyne is the author of Wolf Skin which will be appearing on this blog soon.

More On These Books:

a “wonderfully inventive realm” and its title character “so powerful that we are both startled and enchanted as we tumble headlong into her world.”

, for its “distinctive voice and elegant prose” that captures “the hopefulness of childhood and the magic of believing.”

In a review for Strange Horizons, Lesley Wheeler praised the “lush, uncanny poems, such as ‘Notes from a Fairy Autopsy’ and ‘Naming the Never-Birds” in Sally Rosen Kindred’s Peter-Pan-inspired chapbook Darling Hands, Darling Tongue for their “dazzling fantasy.”

Library Journal said Carolyn Turgeon’s The Fairest of Them All: A Novel

“incorporates a sense of melancholy that adds an enormous amount of depth” to this “magic-sparked… fresh…” fairy-tale mash-up, which imagines Rapunzel growing up to become Snow White’s wicked stepmother.


Good luck!
Posted by SurLaLune Fairy Tales at 10:51 AM