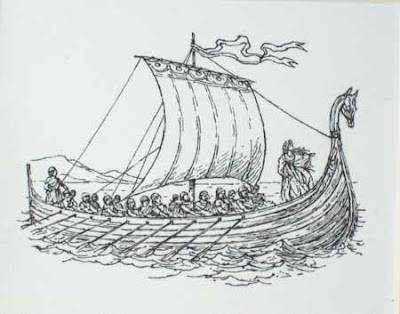 So I decided to talk about another Snow White variant: Gold-Tree and Silver-Tree.  It, too, appears in my new book Sleeping Beauties: Sleeping Beauty and Snow White Tales From Around the World

.  You can read the tale in Celtic Fairy Tales by Joseph Jacobs at Gold-Tree and Silver-Tree. Or you can read a summary at Wikipedia.

This tale isn't as obvious a variant of Snow White, but most of the standard elements are there.  What's more unusual is that it is a Scottish tale, closely related to a very old French one.

Another interesting variant, Gold-Tree and Silver-Tree, comes from Scotland. In this tale, the mother seeks to kill her beautiful daughter. The father deceives his wife and sends his daughter to another king to be married. Despite these precautions, the mother murders her but her devoted husband refuses to bury her. Eventually he marries again and his second wife revives the first wife. She offers to leave but the king chooses to keep both wives who become friends. The second wife later kills the wicked mother during another murder attempt. Then the king and his two wives live happily ever after together. Since polygamy wasn’t common in Scottish history, scholars speculate that the tale traveled there from a country in which the practice was more accepted.

This Scottish tale bears a strong resemblance to The Lay of Eliduc by Marie de France first recorded in the late 12th century. The lay is a Christianized version of the story with Eliduc as the king. In this version he doesn’t keep both wives. His first wife enters a nunnery instead of living in a plural marriage. Eventually Eliduc and his beloved wife enter into holy orders, too. At first reading, the lay appears unrelated to the version of the tale that is so well-loved today, but its relationship to the less popular variants is obvious upon closer inspection.

An article discussing The Lay of Eliduc, Gold-Tree and Silver-Tree and Snow White by Alfred Nutt also appears in my book along with the full lay of Marie de France, of course.  (You can see the entire table of contents here.) It's an old article, but interesting.  I am fascinated with early folklore and fairy tale scholarship myself and admire Nutt, Jacobs, Lang and so many others who didn't have nearly as much work to build upon as we do today. 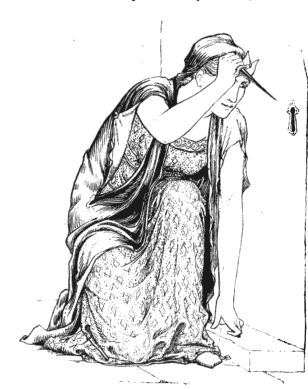 Finally, Gold-Tree and Silver-Tree is one of my favorite Snow Whites. While variants of the tale are about women's jealousies, this version also includes a generous, resourceful woman who saves the day, too. It is also a little shocking with its touch of polygamy but that makes it feel even more ancient and from a different place. No, Scotland is not known for its polygamy tales, so that this one appears there makes one wonder about its full origins.

The first illustration is by Barbara Brown and came from Cambridge Print and Book Gallery. The other two are by John Batten for Celtic Fairy Tales by Joseph Jacobs.
Posted by SurLaLune Fairy Tales at 11:36 AM