Russia and Ukraine in bun fight over fairy tales 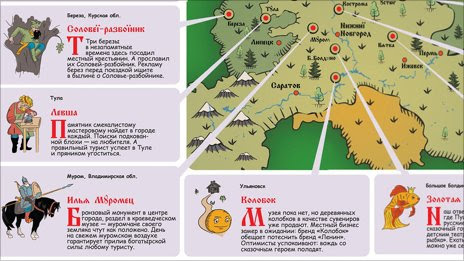 I thought this published yesterday before it appeared everywhere on the net, but here it is now for posterity at least.

Oh, ha! I'm not sure how much of this is simply media hype. After all, those of us in the know, know that tracing fairy tale origins and claiming them as uniquely your own is well, flummery. That's not to say they can't claim specific variants by authors and have fun with it. I say hooray for any country that promotes its fairy tale and folklore heritage. And squabble about it if it makes the media write about you because any news is good news in the world of fairy tale PR.

From Russia and Ukraine in bun fight over fairy talesBy Steve Rosenberg:

Once upon a time, not so very long ago, there was a large empire. It was called the USSR. One day, all of a sudden, it disappeared.

Among the Soviet states left behind were two giants: Russia and Ukraine.

They began to argue: about borders... about territory... even about who owned the gas pipelines.

Today they are fighting again - but this time, it is over fairy tales.

Russia has published a controversial national fairy tale map laying claim to some of the most popular folk tales in the Russian-speaking world.

And it ends with:

After all, towns and cities which can claim to be the birthplaces of popular fairy tales can expect to attract more tourists and make more money.

"This summer we'll see the first ever Fairy Tale Tours in Russia," predicts Alexei Kozlovsky of the Association of Russian Communities, the organisation which has produced the map.

"There will definitely be tours in Yaroslavl, Ulyanovsk and Kirov regions."

But Ukraine is up in arms.

It has its own national fairy tale map and argues that Kolobok, Ilya Muromets and Kurochka Ryaba all have Ukrainian roots.

Really just click over and read the entire article. It's not long but it is entertaining and fascinating.

And here's another article about it Russia and Ukraine squabble over fairy tales by Evgeniya Chaykovskaya:

Ukrainian scientists also say that Kolobok, a living ball of dough similar to the western gingerbread man who met an untimely end at the jaws of a fox, was really made by a grandma and grandpa in Chernigov.

“Around Chernigov 100-150 years ago they did not grow wheat, only buckwheat. So I can definitely say that this fairy-tale is from an agricultural people,” the Ukrainian fairy tale researcher Konstantin Oliynyk is quoted by Newsru.com as saying.

The Ukrainians joined the fight for Kolobok when Russian scientists created a new science, Kolobkovedenie, and announced Ulyanovsk region as the home of Kolobok, as well as suggesting making Kolobok a mascot for the 2018 football World Cup in Russia.

An Ulyanovsk University professor announced that Kolobok was from their neck of woods, basing the claim on the word “kolebyatka” from Dal’s Russian dictionary, which was used in Ulyanovsk long before anywhere else.

In Ukraine, however, there is a statue of Kolobok in a Donetsk park. Kolobok is also considered one of the country’s national fairy tale characters and graces a postage stamp released in 2002.

Creators of Ukraine’s map of fairy tales left both Kolobok and Ilya Muromets on their map. Now they are present on both the Russian and Ukrainian versions.

However, from now on the Ukrainian map is only filled up with characters with authors. One of the characters on that map is Neznaika, because his creator Nikolai Nosov was born near Kiev.

The decision to leave the same characters on both maps ditches the original agreement made when the two countries unveiled the idea in February.

The authors of both maps agreed to exchange information about new editions to prevent the same characters appearing in both.

But copyright legislation does not apply to fairy tales, meaning no court can ensure that either side can live happily ever after.

And here are some links, such as one version of the Russia Fairy Tale Map from Moscow News. It is in English and it is interactive so I can't copy and paste it. I couldn't find the Ukraine map but there is folklore info at Ukraine.com.
Posted by SurLaLune Fairy Tales at 1:29 PM