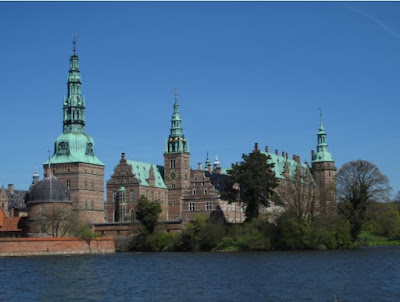 On Monday, May 1, we took the train to Frederiksborg Castle in Hillerød, Denmark, about 45 minutes away from Copenhagen. Formerly a royal residence, it is now the Museum of National History for Denmark. We looked at a lot of art and saw some impressive rooms like the Chapel and the Great Hall. A small room in the Chapel is also where one can find the original religious paintings of Carl Bloch, one of my favorite parts of our visit. The chapel was quite impressive. 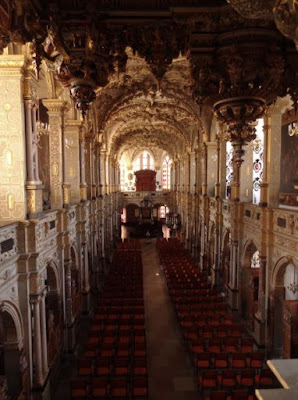 and the Great Hall (that's me in black in the far distance, just left of center, studying a sculpture). This one has great scope for imagining a royal ball, Cinderella visions included. 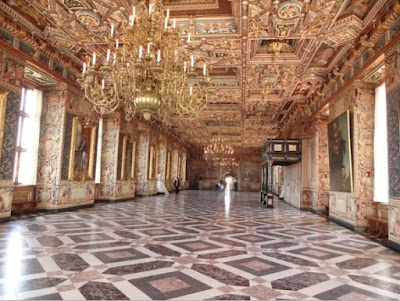 I wasn't expecting to see any Hans Christian Andersen references--silly me--but somewhat near the end of our visit, we entered a few rooms that had portraits of famous Danes. Well, I looked up over the doorway in one room to spy a familiar face. Hmmm, over a doorway and hard to see, I thought. This picture was taken with my zoom. 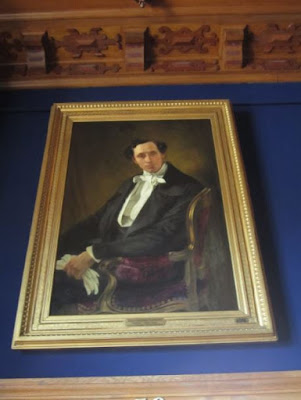 Then I entered the next room and realized HCA, unlike most of the other famous figures, was represented twice. The sunlight made it hard to get a good photo, unfortunately, without glare. 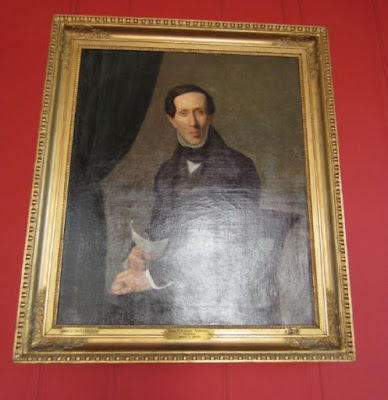 That was more than I expected, but there was more to come. Quite literally the last room we visited before returning to the hallway that lead to the gift shop--finding the gift shop's always a good sign that your tour is done--I discovered this little dark alcove. Well, I know him, I thought! 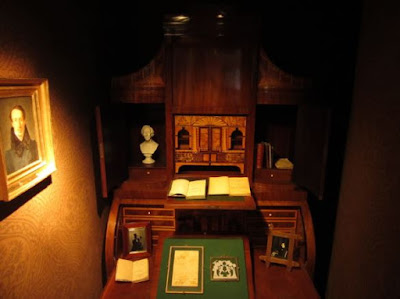 This time the room was too dark--and no flash allowed, of course--to get very good images. I could barely read some of the items in the dim light when standing in front of it. Some of my photos are too blurry to share, but I did get a few in focus. 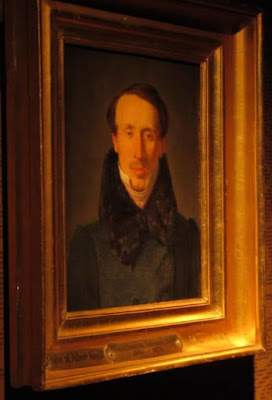 I don't remember ever seeing this portrait before. Obviously, he was going through one of the "I'll experiment with facial hair" stages of early manhood. He was 26 when the portrait was painted. 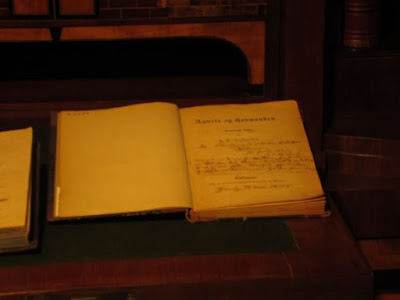 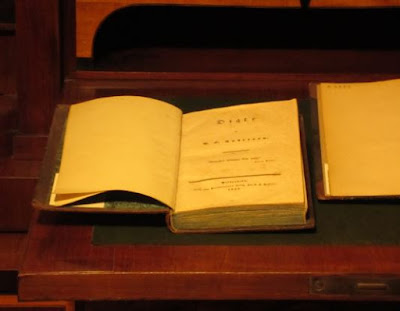 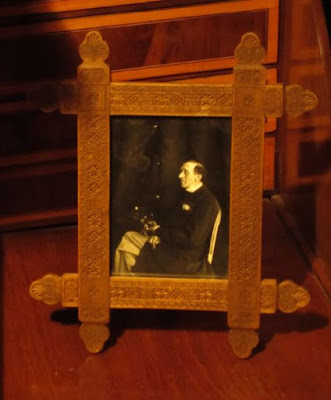 This was one of the photos I am most familiar with of HCA. 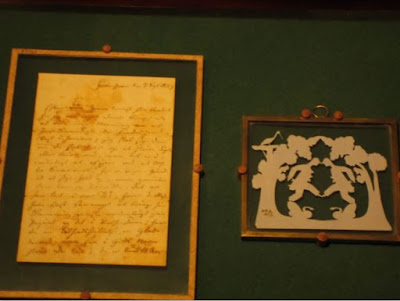 An HCA papercut! Always fun to see one of those!

Posted by SurLaLune Fairy Tales at 6:54 AM