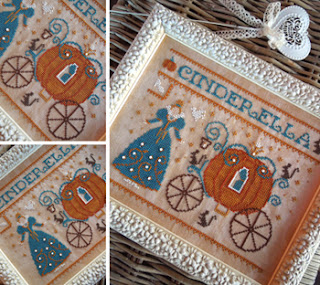 This week's Crafty Friday is courtesy of a SurLaLune reader who sent me the link and a short email:

I spotted these new releases on The Little Stitcher's blog and thought of you.


Thanks for sharing, Jo, and thinking of SurLaLune. If you are curious, you can also visit Jo's blog at Serendipitous Stitching.

These images come from the designer's blog at The Little Stitcher. They are available for sale in her Etsy Store. 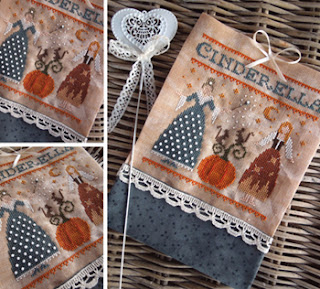 For these designs I wanted to put together some details of two versions of the story of Cinderella, the first by the Brothers Grimm and the second by Charles Perrault. I warmly suggest you to read both fairy tales because they are beautiful, much more the cartoon adapted by Disney.

The detail of the Fairy Godmother, who asks Cinderella to bring her a big pumpkin, and then the mice - and even six lizards that the Fairy turns into lackeys - comes from the fairytale collected by Perrault, while in the version collected by the Brothers Grimm, which in my opinion is so sweet, there is the lovely white bird, which lives on a hazel tree grown on the grave of the mother of the maiden. The bird hears the prayers of Cinderella and launches her the clothes she will wear in the three evenings of dance at the court.

In both tales there is the detail of the little shoe left at the castle, but if in Perrault's version it is made of transparent glass, in the one by the Brothers Grimm it always change, depending on the different and beautiful dresses worn by the girl. 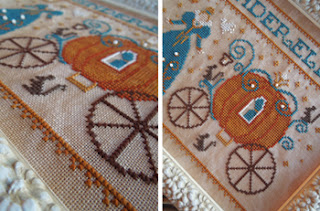 I am tickled that the designer is Italian and chose to draw inspiration from the German and French Cinderellas. No murderous Cenerentola for her! But I am thrilled that she has also created designs for other fairy tales. If you have always wanted to stitch Snow White and Rose Red, here's your chance! She has that pattern, too. 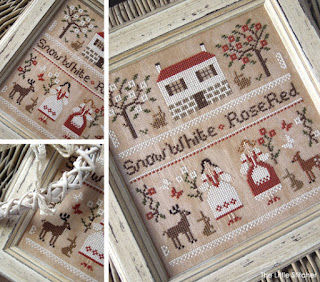 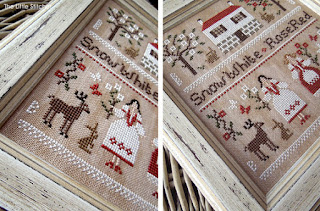 She has a few other surprises in her shop, too, but I think I will save those for later. Unless you want to spoil the surprise and visit her shop yourself.

Posted by SurLaLune Fairy Tales at 11:58 AM