In Fairy Land Exhibit and Why Print Fairy Tales Matter by Dr Rebecca-Anne C. Do Rozario 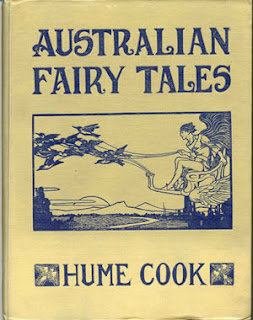 Dr Rebecca-Anne C. Do Rozario has a blog at Doc-in-Boots where she recently shared her speech, WHY PRINT FAIRY TALES MATTER, which she presented for the opening of the In Fairy Land exhibit at Monash University. Monash is in Australia, so I know it's not convenient for many readers here to visit, but thankfully there is also a virtual exhibition with many, many images to view online. Edited to add link to the exhibition catalog PDF which contains all of the images and more explanations.

From the exhibition's site:

This exhibition is a wonderful opportunity to see the fairy tale marvels that lie within the Monash Rare Books Collection and is a tribute to the efforts of its caretakers.


And from WHY PRINT FAIRY TALES MATTER:

However, collections like this shouldn’t simply be a preservation of the past. I don’t want to see these tales confined to the Rare Books reading rooms, though I’m incredibly grateful they’re safe here! The tales you see today, kept whole through ink, paper, thread and leather, should continue to be read, to be told, to influence. My hope is that exhibitions such as this will encourage people to learn more about Cinderellas and Jacks and Snow Whites, about talking birds and wise fish, and all sorts of marvels, some sublime and some downright bizarre. My hope is that you will discover tales you never knew and read them and tell them and retell them and pass them on. My hope is that you’ll take the time to become acquainted with the times and places that reshaped tales, providing them with oddities and idiosyncrasies that may have lasted for just one telling but remain to be discovered in the pages of a book.

I think, too, that exhibitions like this allow us all to see the place that fairy tale holds in literature. Fairy tales aren’t simple. They aren’t simply for kids – and in many cases, you’d probably rather the kids weren’t reading them. While they did pass along morals and advice, more often than not, they also cheated the status quo, cheekily overturning the limitations imposed by society upon its subjects. I’ve always loved reminding students that the princess didn’t always obediently, passively kiss the frog when he puckered up– she used to slam him up against the wall, fed up with his impositions and determined not to share her bed with a slimy amphibian. It’s only then he turned into a prince, proving that getting mad can win a girl her prince charming.

It matters that we understand who told fairy tales, how they came to be written and illustrated, how they were adapted by their authors. While we have lost the multitude of voices who shared and invented the heroes, the villains, the transformations, magical spells and enchanted objects, left with only random impressions of the words recorded, edited, re-arranged, we do have a vast catalogue of printed words and marvellous illustration. Some are well read, some are scribbled over, some were treasured, some were studied, but the tales in print are just as inventive, diverse and creative as those tales from their cousin, the oral tradition.


A long excerpt, but do click through and read it all, too.
Posted by SurLaLune Fairy Tales at 3:04 PM