by Oscar Wilde. Of course, the story isn't new, but this edition with illustrations by Chris Beatrice and music by Dan Goeller is. Music, you ask? Yes, this version has a musical supplement available on an accompanying CD. The composer, Dan Goeller, was kind enough to send me a review copy.

First, the description from the publisher:

The Selfish Giant lives in a castle surrounded by a beautiful garden. While the Giant is away, visiting his friend the Cornish Ogre, the children from the nearby village play in the Giant’s garden. When the Giant returns to his castle, he sees the children playing in his garden and chases them away. Because he is selfish and does not wish to share his garden with anyone, he builds a high wall around the garden. As a consequence of his selfishness, Spring abandons the Giant’s garden. All year long Winter resides there, and the Snow, the North Wind, the Frost and the Hail dance about through the trees.

One day, the Giant awakens to the song of a little linnet and discovers that the children have sneaked in through a little hole in the garden wall. As the children are playing in the garden, the beautiful blossoms and fragrances of Spring return with them. The Giant sees the error of his ways, knocks down the wall and resolves that his garden will be the children’s playground forever.

The Selfish Giant is one of Oscar Wilde's most popular original fairy tales, not that he wrote many, but this one is particularly popular with parents and those who work with children. (You can read the text on SurLaLune.) There have been many picture book versions of it, but most are out of print. Even if there were several available to choose from right now, this would be one of my top picks. The book is beautiful. The illustrations are lush and vivid. The style reminds me a little of Scott Gustafson, who I featured earlier this week, but less twee than Gustafson's work.

As for the music, judge for yourself by listening to samples provided in the video below. There are also more videos on the book's website. The music captures the emotions of the story which "pauses" for musical interludes on the CD. I think the book and music would be an excellent tool for teaching music interpretation and appreciation to young children. Teachers or parents may initiate discussions of how the music fits with the varying emotional moments of the story. There are many possibilities here.

And now for some of the lush illustrations followed by a book trailer: 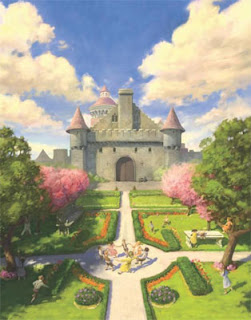 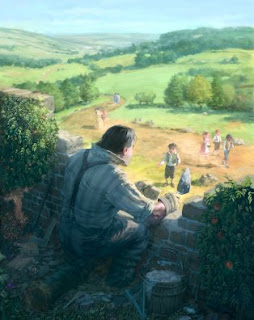 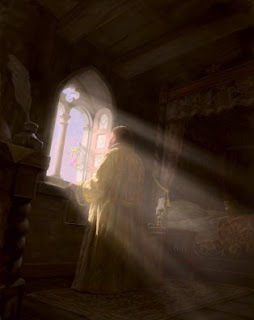 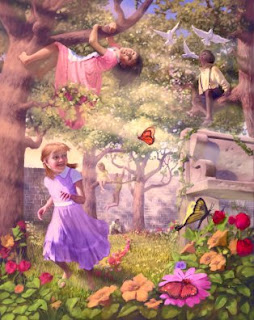 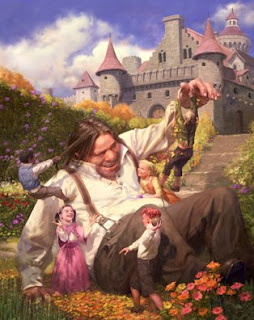 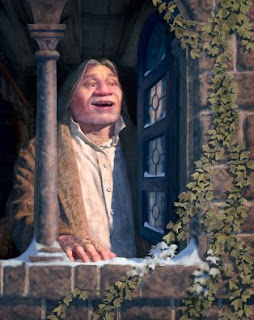 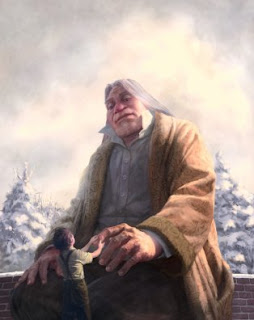 Disclosure Note: This book was sent to me for review.
Posted by SurLaLune Fairy Tales at 5:00 AM