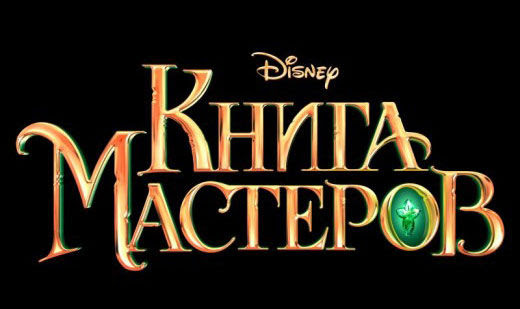 Here are some links and trailers for Disney's first foray into Russian filmmaking. Not too surprisingly, the movie uses Russian folklore for its inspiration.

Disney is aiming for a fairytale start in Russia

Disney releases Book of Masters, its first Russian film, this week as it ramps up its interest in one of the world's fastest growing cinema markets.

Based on a Russian fairy tale and produced in Russia using local talent, the film is the latest step in Disney's broad push into local language production.

The Director General of Disney Studio in Russia Marina Zhigalova-Ozkan says that though it is the first Russian film by Disney Studio, it is “absolutely Russian”.

The Book of Masters is a sort of a potpourri, where characters from Russian folklore, and Pushkin’s and Bazhov’s fairy tales are brought together.

The action is ironical, supplemented with modern interpretation and, according to Disney’s requirements, changing the characters for the better.

Did the title throw you off a little? Don’t worry, it through me off as well. Yes, it would appear that Disney has produced a Russian-only fantasy movie called Kniga Masterov or in its native Russian Книга мастеров. The English translation is Book of Masters and it’s the first Russian movie Disney has made. It stars an all Russian cast and dang if it doesn’t look brilliant.

I could easily throw out the names of the director, writer, actors and producers but honestly, I doubt you have ever heard of them and they are all Russian. Even IMDB doesn’t have pictures to go with their names. The film is based on Russian folklore and fairy tales but the imagery from the trailer and video clip lean heavily on the Lord of the Rings films. That’s not a bad thing though. I’m all for a good fantasy film, in whatever language it may be in.

Here are some trailers:


Posted by SurLaLune Fairy Tales at 5:00 AM