Coloring Book Week: A Brothers Grimm Coloring Book and Other Classic Fairy Tales: Escape into a World of Fantasy and Imagination by Adam Fisher 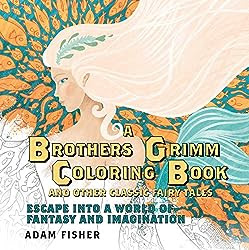 A Brothers Grimm Coloring Book and Other Classic Fairy Tales: Escape into a World of Fantasy and Imagination

by Adam Fisher was released in November. This is one of many new fairy tale themed coloring books for grown-ups that have arisen since the bestselling phenomenon started by the Enchanted Forest: An Inky Quest & Coloring Book and others. 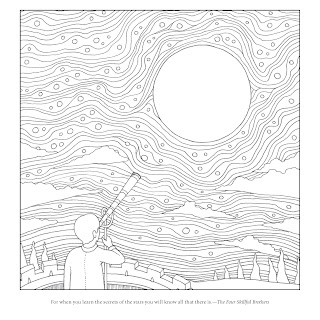 It's amazing how this coloring book therapy and relaxation trend has taken off so greatly for grown-ups. My friends and I did this for years but suddenly it is a fad and I think, "Duh, I should have promoted that. I never stopped coloring." 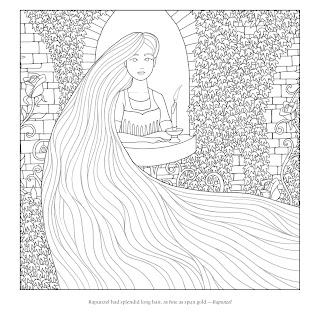 I am tempted to collect these since I enjoy coloring although I rarely do so since I spend my free and leisure time editing books instead. But since there are many of these on offer now, I am going to share posts this weeks of the new and old publications available as coloring books for grown-ups. And I hate saying "adult" since it sounds like they are mature rated, although some admittedly are. But we will avoid those here. 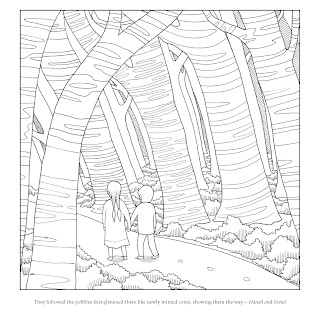 Fall under the spell of the folklore and fairy tales all over again in this gorgeous new coloring book for all ages.

Rapunzel. Hansel and Gretel. Cinderella. Sleeping Beauty. Snow White. We've known these characters since we were children, but in this elegant new coloring book, these characters are waiting to be brought back to vivid life, through coloring. Based off of the masterpieces of the Brothers Grimm, acclaimed British artist Adam Fisher has created a black and white wonderland just waiting to be filled in.

The tales originally began with "once upon a time," and now The Brothers Grimm Coloring Book: And Other Classic Fairy Tales offers a soothing escape into a world of inspiration and fantasy―where you create your own unexpected and colorful ending! 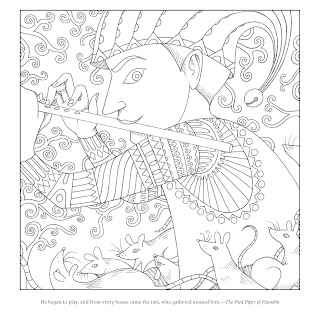