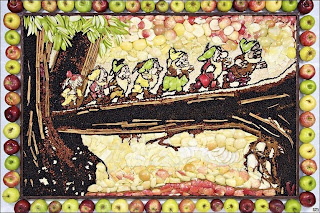 Courtesy of the BBC, I present: In Pictures: Snow White in apples 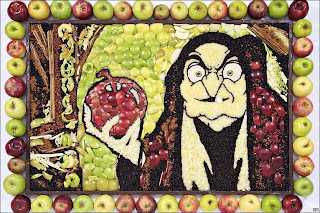 Famous scenes from Walt Disney's classic film Snow White and the Seven Dwarves have been recreated with apples by food artist Prudence Staite.

The artist used 14 different varieties of apples to make six scenes from the film which was first shown in 1937. 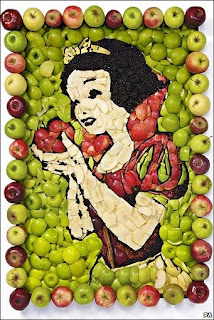 Ms Staite said: "It was fantastic to play around with such well-known, iconic imagery. The apple is such a big part of the story, it seemed right to use it to recreate some of the Disney magic in the works."

The work was commissioned by Disney to mark the film's release on Blu-ray. 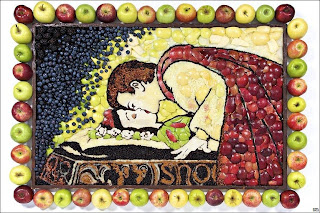 You can see the images much larger on the BBC site, so please click through.

Thanks to Christine Ethier for sharing!
Posted by SurLaLune Fairy Tales at 9:31 PM