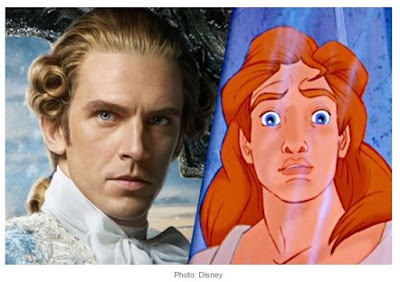 There's been a long going discussion among scholars and others about the disappointment often felt by readers and viewers when the Beast is transformed back into his human form in Beauty and the Beast tales. I had hoped to go share some of those discussions, but have been sick. But it has arisen again in popular media with the release of the new Disney film. So I wanted to share the article: Why Is the Prince in Beauty and the Beast Always Less Hot Than the Beast? By Hunter Harris

Excerpt from the article:

And it’s precisely at this moment — just when you’re adjusting to life as a human person who’d swipe right on a cartoon Beast — that he’s snatched from us. In both versions of Beauty and the Beast, the pesky curse that trapped the Beast in his animal form is eventually broken. When Belle sobs over his injured body, her tears deactivate the spell. With proof that he can love and be loved in return, the Beast is magically returned to the human race.

Believe me when I say that this was the cruelest twist ending of my childhood. After 90 minutes of falling for that lush brown fur, I discovered that the Beast’s human form is blonde. Also, he’s just not that hot.

The effect is much worse in film, of course, but it has been explored many times in fiction, too, by Angela Carter, Robin McKinley, and others.

So how to you feel when the Beast disappears? Happy, disappointed, or just confused?
Posted by SurLaLune Fairy Tales at 3:04 PM